Urban green space is under pressure due to the construction of homes, offices and infrastructure and the costs of management. At the same time green space is very important for the quality of life in the city and contributes to its biodiversity. Managing urban green space can be an expensive business and is performed partially through the use of machines and chemical pesticides. Natural green management uses natural circumstances and processes of the habitat and is performed, in principle, without pesticides. This enables costs to be kept down. The aim of natural green management is a variety of vegetation which offers an attractive living environment and which is good for biodiversity in the city.

The local use of green residues from parks, public gardens and gardens fits in with the concept of a circular economy. Making a couple of small changes and organising parks and public gardens slightly differently allows cuttings and leaves to be reused.

Using functional and natural green space in the city begins with a good design and maintenance plan for the green space. This enables optimal use of the positive attributes of urban green space and keeps costs under control. Using a natural habitat and natural processes during construction and management can lead to the creation of attractive green space which is beneficial in terms of management and biodiversity. For example, flower-rich verges are good for the spread of birds and insects which, in turn, help to control plagues of caterpillars and lice and they also offer food and living space to wild pollinators and butterflies. Natural vegetation along the bank of a pond in an urban park provides space for sedge warblers which, in turn, enhance the feeling of peace and quiet and space in the park.

A second function of the natural management of green space is the use of cuttings and grass clippings. Branches can be stacked and allowed to compost, thereby keeping the organic material in the place it came from.

The natural management of green space can also be combined with the production of food, for example in the form of food trees for animals and urban agriculture. In this way people become more engaged with the functions of green space and its management and that increases social cohesion.

Sheep can be used to manage verges alongside the roads and ditches and other areas of grass vegetation. This is a more natural method and adds an extra dimension to how nature is perceived, as well as adding variation to the structure and composition of the vegetation.

An innovative approach to managing public green space is based on the changing relationship between the government and citizens and is referred to as citizen participation. It involves residents and neighbourhoods looking after local green space. This increases the social cohesion in the neighbourhood and helps to develop an individual identity for the street and the neighbourhood.

Natural management has already been used for quite some time in the municipality of Schagen. One example is how riverbanks with sheetpiling have been converted into ecological riverbanks. There is now a gradual transition between land and water in which all kinds of plants and animals can flourish. The riverbank vegetation is also beneficial for water quality. Since as long ago as 1989 cuttings have been used to create stacks and piles of branches in woodlands which offer birds such as the robin and wren places to shelter and nest. A strip of vegetation is allowed to grow along the edges of woodland. These often consist of brushwood types such as great willowherb, nettles and grasses. These, however, again provide a habitat, for example, for various types of butterfly.

The world's first 'urban climate tree' has been planted in the Sonsbeekkwartier neighbourhood of Arnhem. Sonsbeekkwartier is a neighbourhood facing heat problems, the so-called 'heat island effect' (see for more information the Cooling in the city ecosystem service. The planting of this Japanese pagoda tree represents the start of an initiative to suppress the heat using the green space in the city.

Costs and returns of green (management)

Within the framework of the TEEB city project a tool has been developed to identify the benefits of green space for urban areas and to calculate both the costs of the green space, and the returns that can be generated. This will enable cities to make more balanced decisions when investing in green space within the framework of creating and maintaining urban green space. It will also enable them to make more balanced decisions as regards long-term investments when creating and maintaining urban green space.

Landschap Noord Holland can draw up construction and management plans and also offers, in cooperation

with other organisations, pruning and wickerwork courses. Woven fences are both a partition and a form of protection. Constructing woven fences in the garden or yard creates a win-win situation for people and animals. Not only are natural-looking fences erected which provide a sheltered area, they also provide shelter and nesting opportunities for various types of animals (particularly if they become overgrown with climbing plants). Costs can be saved if you incorporate the cuttings from knotted willows and other forest crops into the site itself.

Management of green in the city:

Soil use in urban area: 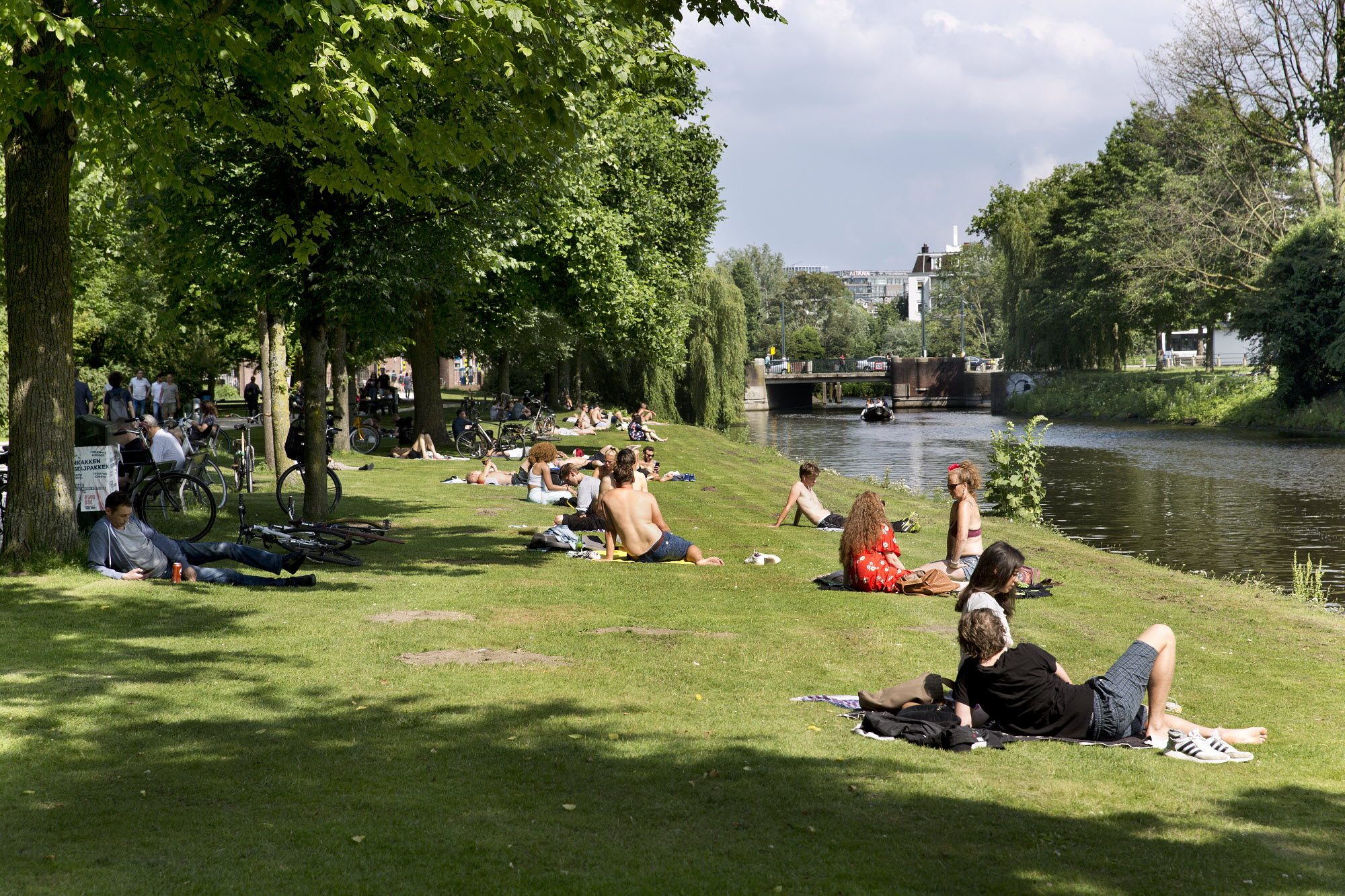